The application of GPU in the field of traditional graphic visualization has been continuously expanding. Whether it is 3D design, high-resolution multi-screen splicing display, or special effects rendering, more and more people are turning to more stable professional graphics cards. As a cutting-edge industry, deep learning and big data also use a large number of professional GPUs to speed up the development of training. NVIDIA's latest Turing architecture products have been available since last year. So what are the changes to the new Quadro RTX 5000 professional graphics card, and what have been improved? Let's find out in the unboxing and review. 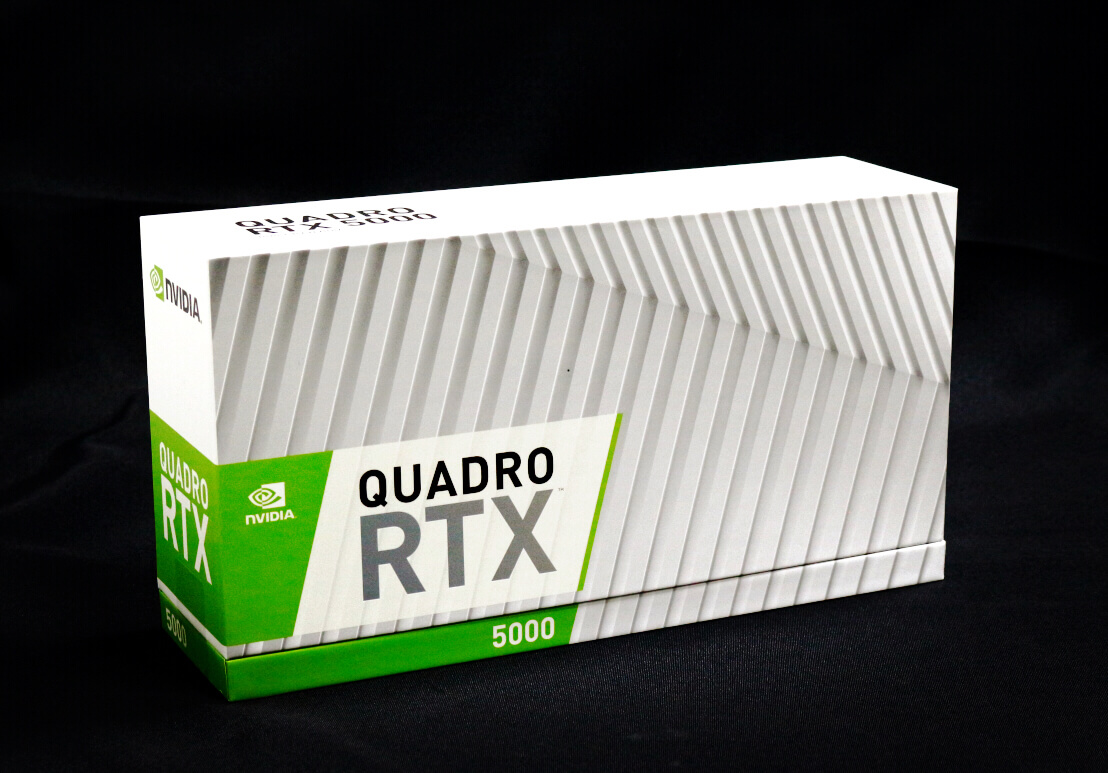 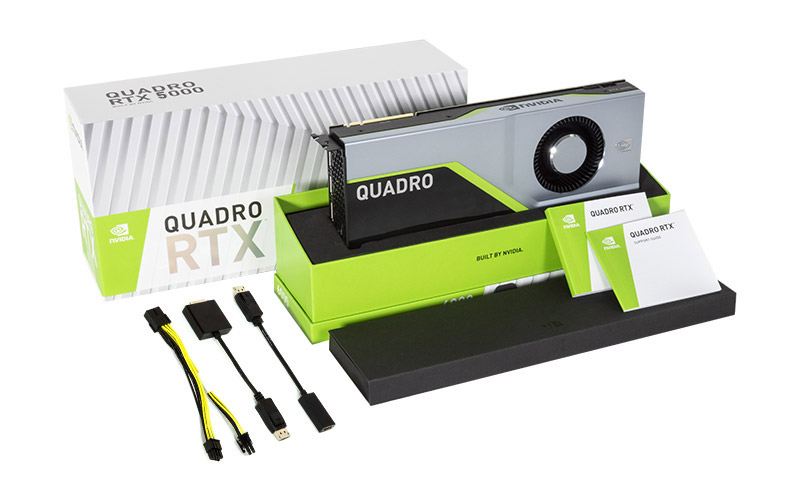 Connectors at the top of the card 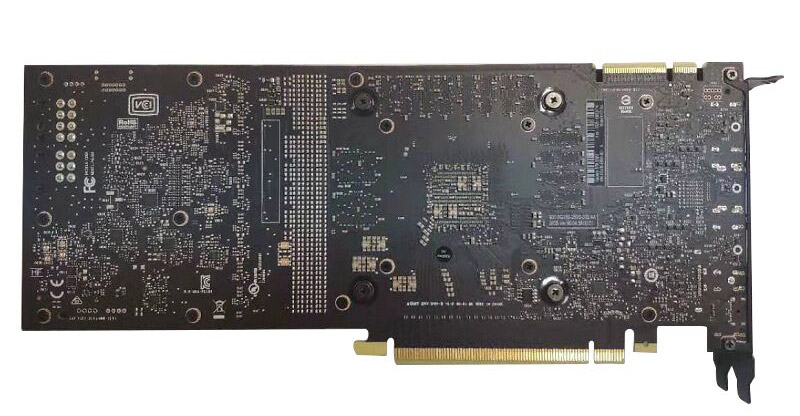 The SPECviewperf 13 test is closer to real-world applications. Some of the test scenarios even contain more than 60 million fixed-point data, which fully reflects the professional graphics performance of the card. The default configuration is used in the test. 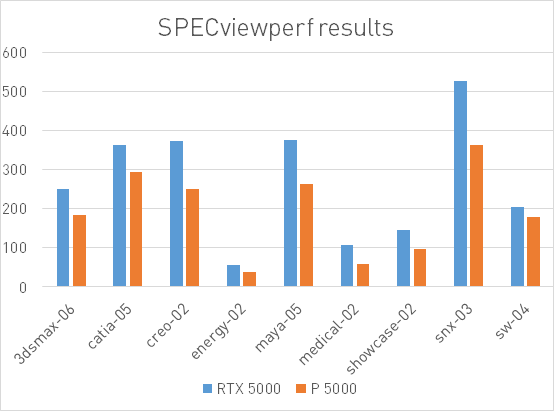 From the test results, the RTX 5000 consistently outperformed the Quadro P5000 in all benchmarks, and the performance of the snx even increased by more than 40%. It seems that the Turing architecture adds more than just the efficiency of ray tracing and deep learning. There is also tremendous increase in the performance of professional applications.

This program is more like a complex game environment, where the graphics card's DX and OpenGL rendering performance and stability with different lighting effects are put to the test. 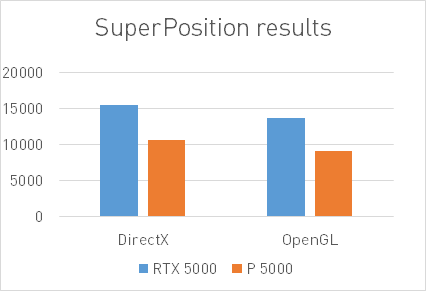 In terms of DirectX performance, RTX 5000 is nearly 45% faster than P5000. In terms of OpenGL, RTX 5000 has improved by about 50% over P5000. The performance of the two major graphics APIs has increased by a wide margin, and it is believed that RTX 5000 has higher usability in the professional 3D visualization field. 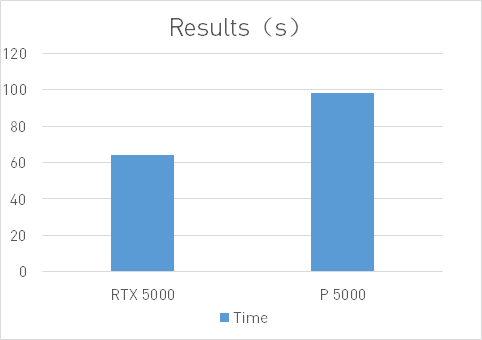 Just like the CPU-Z and GPU-Z we are familiar with, CUDA-Z is a collection of basic information about NVIDIA GPU. It can be used on GeForce, Quadro and Tesla cards. 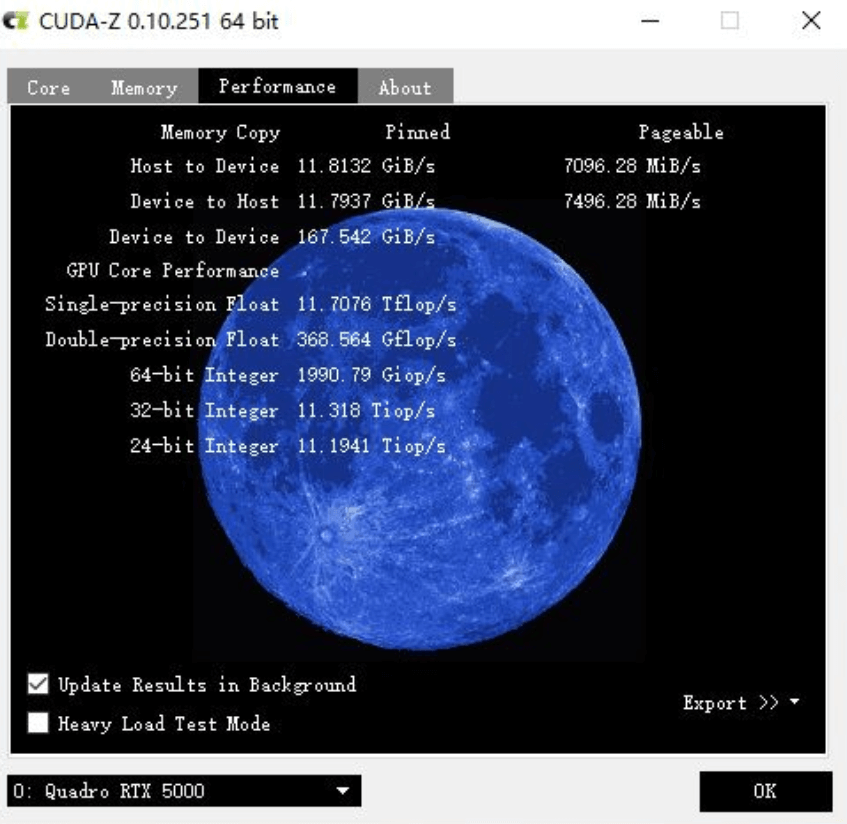 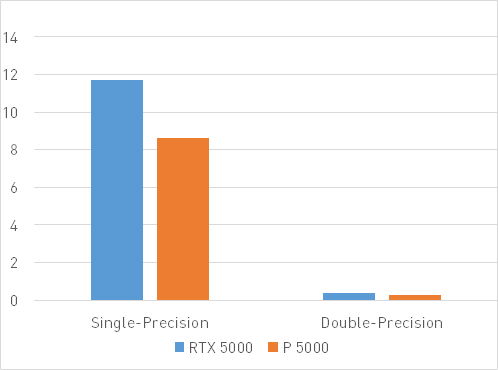 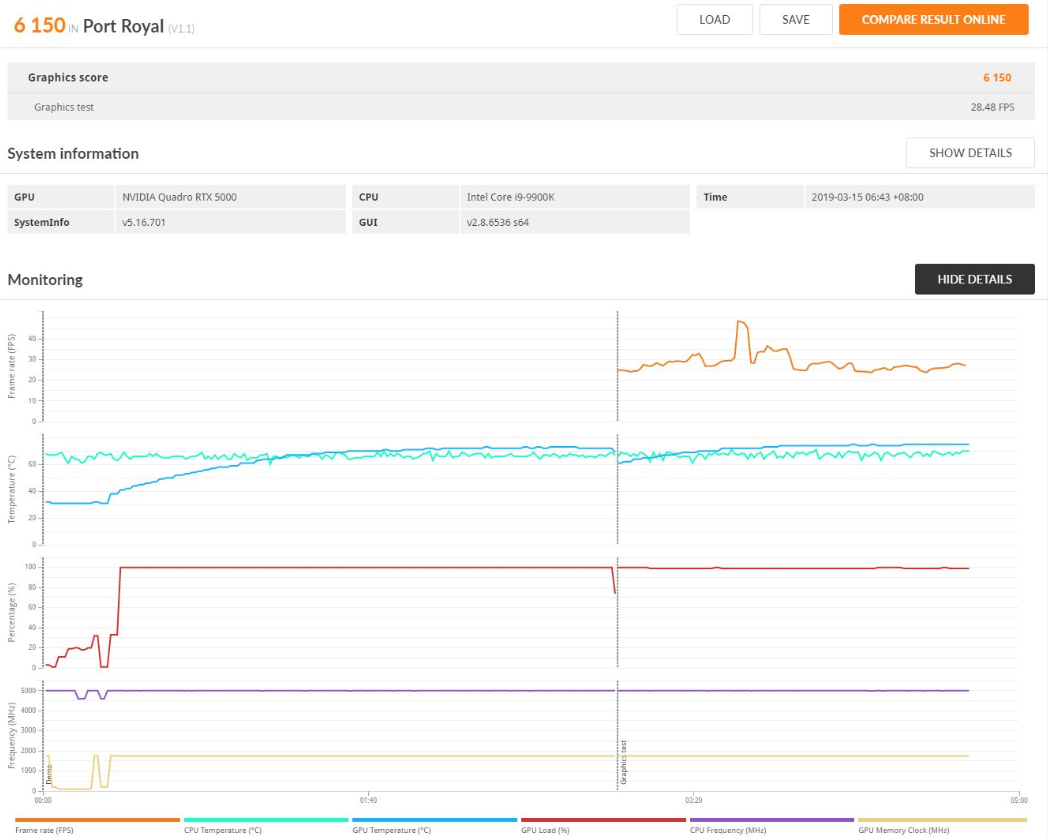 Currently NVIDIA's RTX rendering feature can be benchmarked in 3DMark's Port Royal. The Quadro P5000 cannot run this benchmark because it does not have an RT Core.

The test scene has a large amount of metal material, and the reflection effect is amazing. The RTX 5000 renders at around 28 FPS, which is fairly smooth. At present, the game industry already has BF5 using this technology, and it is believed that it will be widely used in the industrial manufacturing field and the later stage of film and television production in the future.

The OC renderer is a GPU-accelerated renderer for 3D design and animation. It can be used with 3D modeling and special effects software such as 3ds Max, CINEMA 4D, NUKE, and MODO. The OC renderer is a rendering software that supports Out of Core. The latest OctaneBench 2019 Preview is a software that supports RT Core to accelerate ray-traced rendering. We can look at the difference in rendering speed between RTX on and off.

We chose an example of NVIDIA Tensorflow to test the performance of the card. With the same parameter settings, the more pictures the graphics card trains in one second, the better the performance in terms of instance deep learning.

As you can see in the screenshot above, the RTX 5000 can process up to 441 images per second at full load.

In the screenshot above, the P5000 processes up to 194 images per second.

From the performance of data processed per second, the RTX 5000 is 2.2 times the speed of the P5000. It's a lot faster because of the call to Tensor Core for calculations. It can be seen that Tensor Core still plays a big role in the acceleration of deep learning. All High-end Quadro RTX cards have Tensor Core, so they can be used for the applications with graphics plus AI. For example, AI denoise, AI image recognition, or AI inference can be implemented while rendering.

The major features of the RTX 5000 graphics card are: