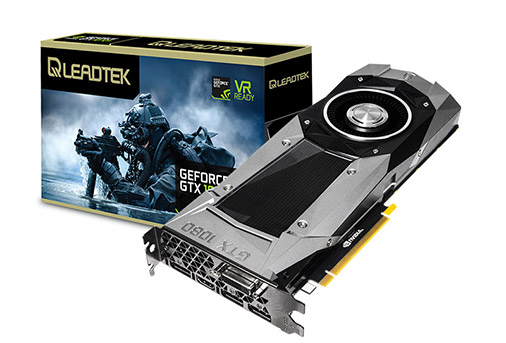 NVIDIA Pascal™
Pascal is optimized for performance per watt. The GTX1080 FOUNDERS EDITION is 3x more power efficient than the Maxwell Architecture.

16nm FinFET Process
This The GTX1080 FOUNDERS EDITION is the first gaming GPUs designed for the 16nm FinFET process, which uses smaller, faster transistors that can be packed together more densely. Its 7.2 billion transistors deliver a dramatic increase in performance and efficiency.

NVIDIA SLI® Technology
Used by the most demanding gamers worldwide, SLI lets you link up to three GeForce GTX1080 FOUNDERS EDITION s together for astounding performance. And with NVIDIA’s track record for fast and frequent software updates, you’ll not only get the best performance in existing games, but future games too.